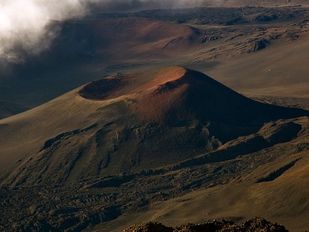 Certain sites in the Hawaiian Islands are believed to possess strong mana. The top rim of the Haleakala volcano on the island of Maui is believed to be a location of strong mana. Another location of strong mana is Molokai. It was where the major battles of Kamehameha took place. In traditional Hawaii, there were two paths to mana. A person could gain mana through sexual means or through violence. A delicate balance between the Gods Ku and Lono were formed, and through them are the two paths to mana. Ku represented war and violence while Lono is the god of fertility. Kamehameha the Great gained his mana though violence in battles.