During the 1800's many Hawaiian's believed they were safe and the West wouldn't come to their islands for a long time now that Columbus was gone. There was one man who thought differently. He was a chief who thought that it would be a lot smarter if the islands fought together against Europe, instead of eight different armies. That man was Kamehameha. Kamehameha was of high rank on the Big Island. Since he was of such high rank he basically took over the big island and set out to take over Maui and Oahu. This was a difficult task because it meant that he had to defeat their large armies. The way he took over the islands showed his intelligence and his usage of Western technology. Before the attack on the neighboring islands he gave all his men guns and told them that they would be taught by Isaac Davis and John Young. 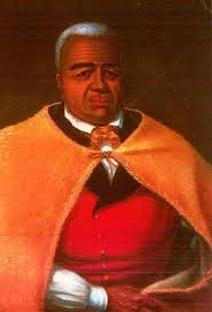 In 1795, Kamehameha set sail with an armada of 960 war canoes and 10,000 soldiers to Maui and Molokai. He dominated them in the battle of Kawela. After that his troops rushed to Oahu where another army was waiting for him. Oahu was expecting this event because one of Kamehameha's men was a traitor. After many battles across the island, Kamehameha finally cornered the opposing army and won the battle.

After that day Kamehameha had control of every island east of Oahu. There were still two islands avoiding his grasp, Kauai and Ni'ihau. It took him two tries until Kauai gave in. His first attempt to take Kauai failed because a rebellion broke out on the big island which forced him to return. Then he set out again with a forty ton ship on his side. That attempt failed because his warriors contracted a sickness and so did he, but he healed. After the sickness Kauai figured they wouldn't win in battle and wold have a better chance at negotiation. In 1810 Kauai became part of the unified Hawaiian Islands under Kamehameha's rule.

The battle between Kamehameha and Oahu was more than just an easy win to unify the islands. He had to fight against the island of Oahu and all of there European and foreign friends. This battle was called the Battle of Nu'uanu. Before the battle took place a man named Captain William Brown made a deal with the chief of Oahu that he would offer his army and artillery to Oahu to help fight Kamehameha, if Oahu gave men for labor.

After the death of Kamehameha I, Prince Liholiho became chief. He was a major part of Hawaiian history because he abolished the kapu system which kept Hawaii unified. This impacted all of the Hawaiian's because he ate with women and decided that Hawaii should change even after Kamehameha's accomplishments with the kapu system still running. Some people believe that Kamehameha II changed this system because he knew more Europeans would come and they would demand that Hawaii becomes more western. 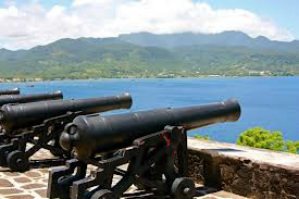